Join the Studio Art Department and filmmaker Denise Iris for a discussion of her work. 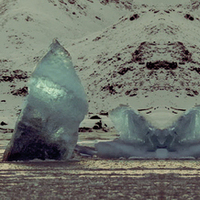 Denise Iris's films have been broadcast on PBS and screened at the Museum of Modern Art in NY, Festival du Nouveau Cinéma de Montréal, Femme Totale (Germany), MARFICI (Argentina), Trecianske Teplice (Slovakia), Philadelphia Festival of World Cinema, and many other venues. They were awarded a Silver Spire at the San Francisco International Film Festival, the Critics’ Prize at the Dakino International Film Festival, and the Director’s Choice award at the Black Maria Film and Video Festival. They are held in Harvard University's collection and included in the film studies textbook The Film Experience (Corrigan and White). Her work defamiliarizes the familiar by blurring the boundaries of observation and imagination, documentary and fiction, outer and inner world. Born and raised in Romania, Denise holds a BA from Brown University, an MFA from Columbia, and has attended the Whitney Museum Independent Study Program.

Events are free and open to the public unless otherwise noted.