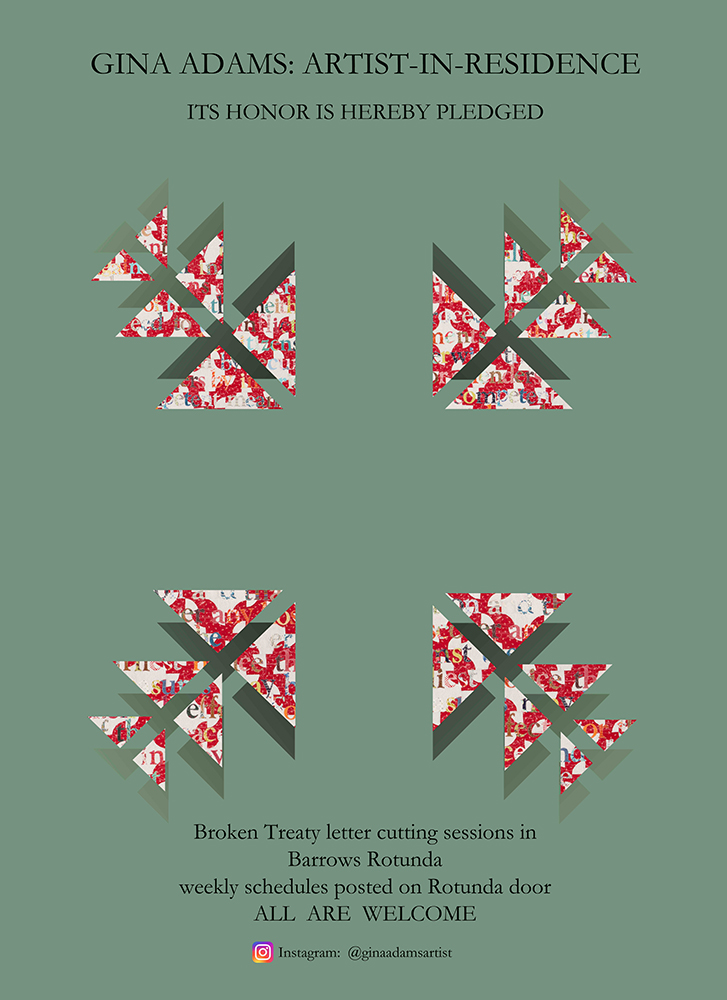 You are all invited to the new project of Gina Adams as part of her artist-in-residence at Dartmouth. A performance-community art project where she will be cutting letters at Barrows Rotunda in the HOP and inviting everyone to help. She will be working on the "Treaty of Wyandot 1785." Once cut, the letters will be placed in the Rotunda windows so that they can be read on the outside. After completion Gina will take the letters to her studio at the Black Family Visual Arts Center and will assemble them in the Broken Treaty Quilt.

And the last two sessions: